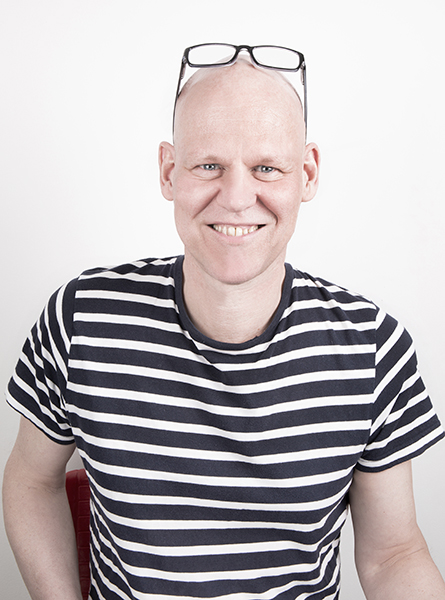 Dutch designer Pieter Woudt is principal of 212-BIG-BOLT in New York City, which he launched in 1993. Over the past 30 years, Pieter has collaborated on a broad swath of projects with clients that include Kikkerland, the Counsel General of the Netherlands, MTV, ESPN, Showtime and many other companies. After graduating from the Rietveld Academy in 1988, he worked for MTV for five years as senior designer, earning numerous industry awards as well as praise from Print, Communications Art, and the Broadcast Design Association. With an eye for playful simplicity, his best-selling designs are products like the Invisible Cards for Kikkerland and MTV cups for Taco Bell. As a kid in Holland, he ran a comic book library and owned a pirate radio station; his stint as a gallery owner in New York, poster silk-screener, and studio musician all influence his design. Pieter played trumpet on Matisyahu’s album “King Without a Crown”, and other studio recordings. He lives in Brooklyn with his partner Ulalume and their two kids.

Exchanges will be given on products that have genuine manufacturing faults or have suffered damage during transit. Returns should be made within 7 days accompanied with a proof of purchase. A refund will be given if the product has been returned and cannot be replaced. Refunds will not be given on unwanted items.