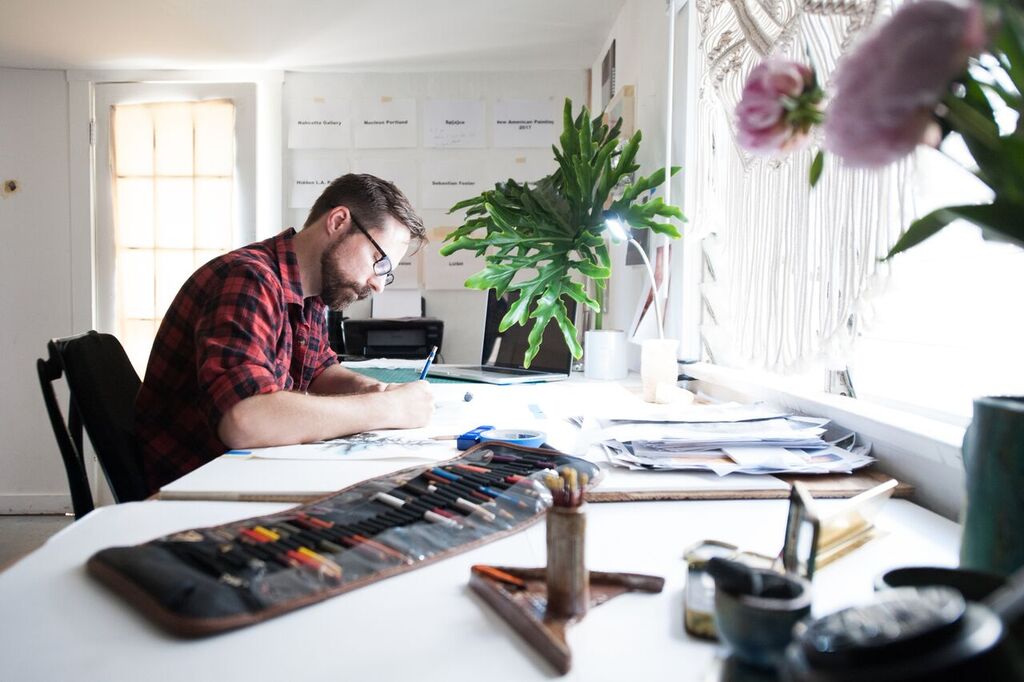 The fresh works of Los Angeles based artist Brooks Shane Salzwedel are made from a self-created process include mixed media and mylar drawings. Salzwedel investigates the captured landscape, confining the immense power of his imagined forests to the strict limitations of the media chosen. Brooks evokes the imaginary boundaries of national and state parks. They are places we could, or could have once visited. And while the works appear to capture these mysterious landscapes, to freeze them in resin, like photographs or postcards from a weekend getaway, the natural world crystallizes with the passage of time. It grows. It refuses our binding, and is finally lost back to itself. Salzwedel received his B.F.A. from the Art Center College of Design in Pasadena with honors in 2004. He has been an artist in residence at Denali National Park, Alaska and White River National Forest, Aspen, CO. His work has been displayed at renowned museums worldwide, including the Hammer Museum, MOCA Los Angeles, Honolulu Museum of Art, and the San Diego Museum of Contemporary Art and Lancaster Museum of Art and History. Brooks Shane Salzwedel is a Southern California native with an extensive creative history including an award winning line of Belt Buckles, named top five accessories designers in Los Angeles.

No returns on original artworks. Possible exchange available within the United States, within 30 days of original transaction, shipping fees and price difference due.